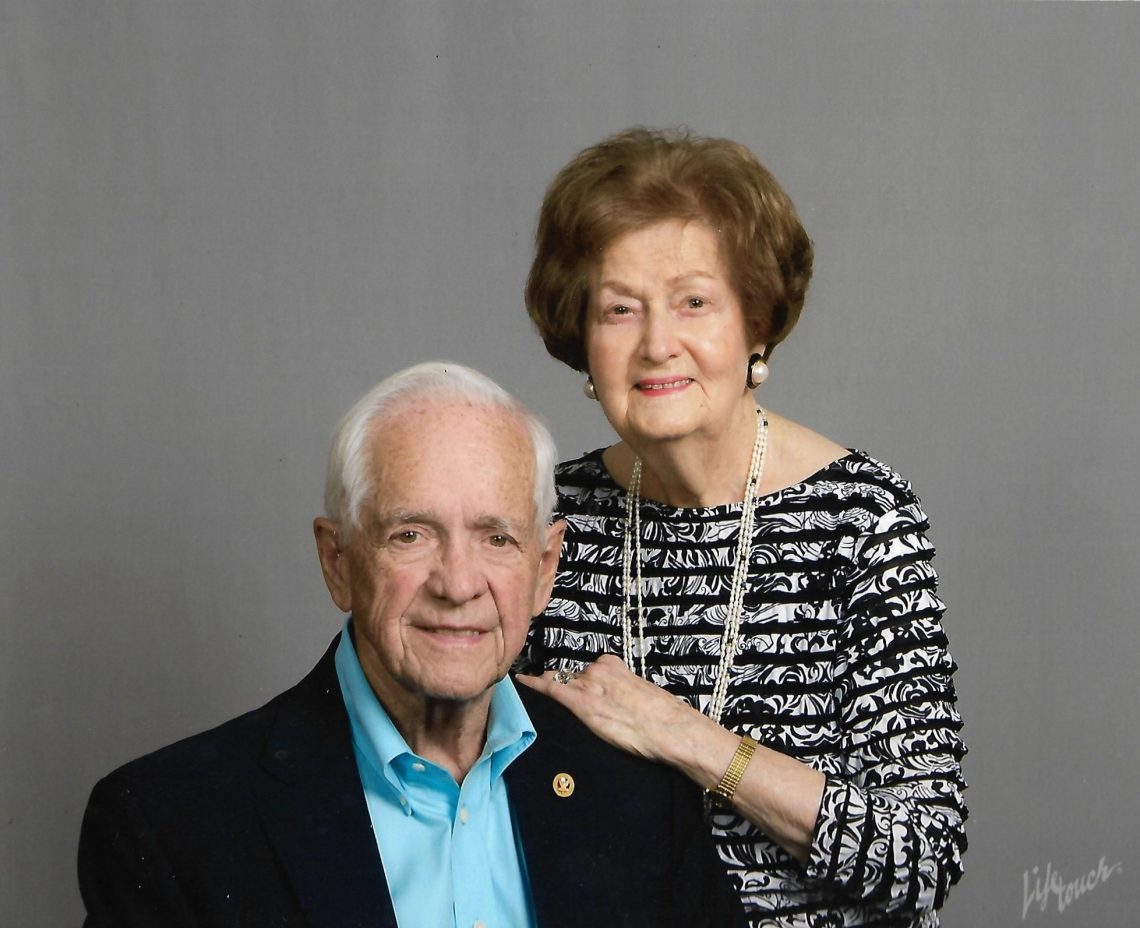 Family physician, congressional representative, author, soldier – Dr. J. Roy Rowland has worn all of those titles at one point or another during his life, but what he wants to most be known for is helping others.

“I hope I’ll be remembered as someone who tried to help other people. I think I’ll be remembered more as a physician for helping other people – even now, at least every week or so, someone will approach me and say ‘you delivered me,’ or ‘you fixed my broken arm,’” says Dr. Rowland. Rowland was born and came of age in Wrightsville, GA, but has lived in the small town of Dublin for more than 60 years where he practiced medicine for 28 years. During his time in practice, he says he delivered more than 2200 babies. That’s a lot of babies and a lot of families who have a personal connection to Dr. Rowland. “Medicine was my first love,” he explains, “Being a family physician my patients were part of my extended family. In family practice, you did everything back in those days, before things got so specialized. I was a confidant to so many people in so many respects. So, I developed very close relationships with my clientele.”

It seems that Dr. Rowland has been serving people for most of his life. Before becoming a physician, serving in the state Legislature and going to serve in Congress, he was in the Army in Europe during World War II. He was awarded a Bronze Star for bravery on April 30, 1945. The citation reads, “Private First Class Rowland, rifleman, volunteered to cross the Isar River (Germany) in enemy territory to remove wounded men trapped there. With others, he crossed the river in an assault boat under heavy enemy small arms fire, and helped locate two severely wounded soldiers. The courage and initiative of Private First Class Rowland resulted in saving of two lives and the ultimate destruction of enemy emplacements that had impeded the Division’s advance.”

After his military service, Dr. Rowland resumed his college career (he first attended Emory University at Oxford before the war) attending South Georgia College (1946), University of Georgia (1946-1948), and graduated with a medical degree from MCG in 1952. Not long after, he began his medical practice in Dublin. He was the sixth doctor in Dublin at the time. When his practice first started, it was a solo operation. Later, he formed a partnership with another doctor and eventually grew to six physicians in their small group practice.

In 1976, Dr. Rowland ran for the Georgia House and went on to serve three terms from 1976 to 1982. He gave up his medical practice in 1982 to serve as a U.S. Representative for Georgia’s Eighth Congressional District. He was in the U.S. Congress for 12 years, serving on the Veterans Affairs Committee and spearheading bipartisan legislation to create a network of community health centers to provide care to Medicaid, underinsured and uninsured patients.

With such a rich and full life, it’s no wonder Dr. Rowland was pursued by Selby McCash, a former Atlanta Journal-Constitution political editor and Macon Telegraph political writer and Dr. Rowland’s assistant in Congress, to write a book of memoirs. The book, House Call, A Doctor’s Time in Medicine and Government, was published in 2017 and tells the story of his life from early childhood, to his career as a physician and his time as a prominent political figure. That same year, Dr. Rowland was recognized with the Vessel of Life Award, presented by Augusta University President Brooks Keel, during the 2017 Alumni Weekend. The Vessel of Life Award is given by the university’s president to pay homage for significant and distinguished service to the Medical College of Georgia at Augusta University.

Dr. Rowland is still going strong and attributes much of his success to his wife of nearly 75 years, Luella. In a 2017 interview published in MCG Magazine, he said, “I don’t think I could have accomplished anything I did had it not been for my wife. Really, she has been with me every step of the way.”

Throughout his lifetime, Dr. Rowland has done much to give back to his community, as either a physician, a politician or a philanthropist. He cares a lot about the rural community he grew-up in and wants to make sure there will always be quality physicians in rural areas.

“I just think there’s not enough medical care in the rural areas now, physicians especially – so I wanted to do what I could to make a contribution to that program (MCG 3+),” says Dr. Rowland. “I thought that was a really good program – I made the decision to make a contribution in my will of some property I own that came from my father.”

The J. Roy Rowland M.D. Medical Excellence Endowment was created to support the MCG 3+ program and other initiatives to address the physician shortage in rural and underserved Georgia.

“Dr. Rowland’s spirit of philanthropy is inspirational to all of us. He has exemplified the true meaning of philanthropy throughout his life by helping others and giving back,” says Deborah Vaughn, the Vice President for Philanthropy & Alumni Engagement at Augusta University and AU Health. “Dr. Rowland’s recent commitment to the MCG 3+ program, designed to address the shortage of physicians throughout rural Georgia, is another example of his willingness to help future generations of medical students and the rural communities in which they practice and reside in perpetuity.”