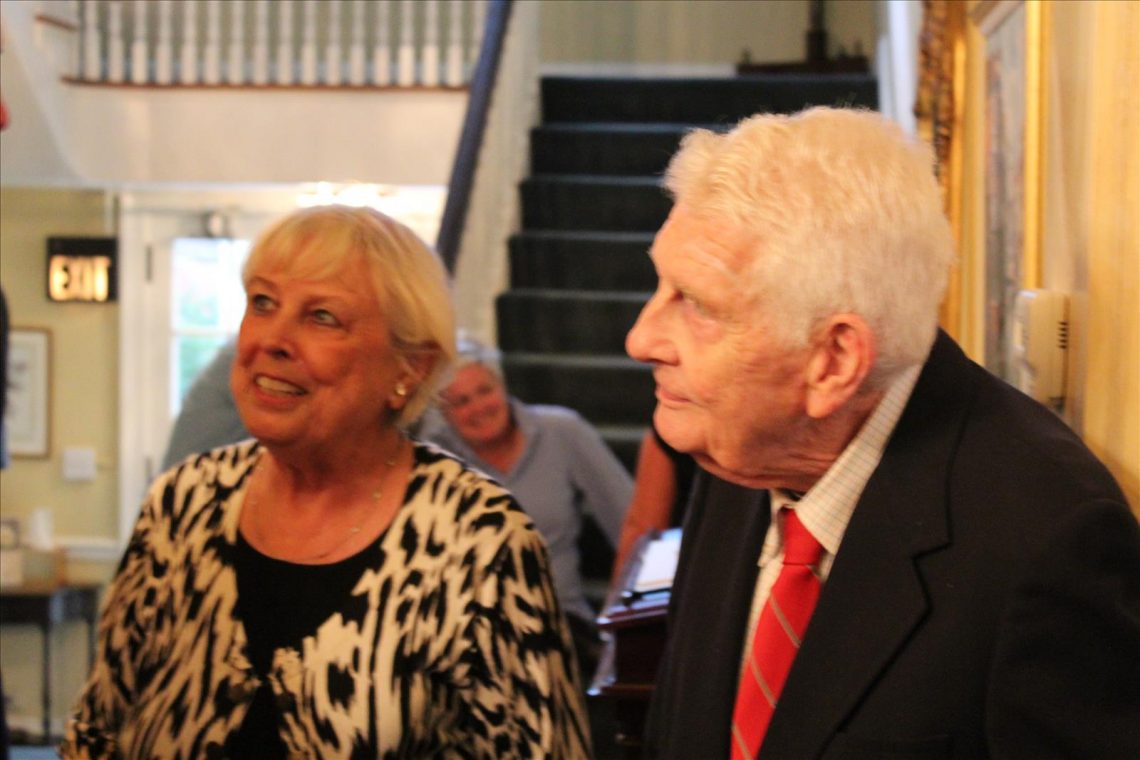 Milton Irvin Johnson, Jr., M.D., 90, passed away Friday, July 28, 2017. A Celebration of his Life will be held at 11:00 AM Wednesday, August 2, 2017 at the First Presbyterian Church. Burial will be private for family only in Riverside Cemetery, where Masonic Rites will be conducted by the Timothy C. Grimes Masonic Memorial Association. Rev. John Kinser and Rev. Chip Miller will officiate. The family will greet friends following the memorial service in the Gathering Place at the church. In lieu of flowers the family requests that donations be made to the donor’s favorite charity.

Dr. Johnson was born in Macon on May 27, 1927 the son of the late Milton I. Johnson, Sr. and Irene Branan Johnson. He was the husband of Joyce McCowen Johnson to whom he was married for 68 years. In addition to his wife, he is survived by two daughters, Barbara Johnson Price and her husband, James Craig Price of Big Canoe, Georgia and Nancy Johnson Long and her husband, Edward L. Long, Jr.; grandsons, Edward Larry Long, III and his fiancé, Elizabeth Claire Branch and Alexander Stephens Long, II. He was preceded in death by his daughter, Joy Johnson Lynn on August 12, 1988.

Dr. Johnson was a graduate of Alexander II Elementary School and Lanier High School for Boys. Upon graduation from Lanier, Dr. Johnson served in the United States Navy during World War II as a Pharmacist’s Mate. After being discharged from the Navy, Dr. Johnson attended the University of Georgia where he earned a B.S. degree in Pharmacy. In 1956, he was accepted to the Medical College of Georgia in Augusta and in 1960 received his medical degree. He returned to Macon and completed his internship at the Macon Hospital.
Dr. Johnson opened his Family Practice Office in 1961 and continued with this practice until 1986 at which time he worked with the V.A. Hospital in Dublin, retiring in 1991.
Dr. Johnson was very active in medical associations and served as President of the Bibb County Medical Society, the Medical Association of Georgia, and the Georgia Chapter of the American Association of Family Practice.

Antique cars fascinated Dr. Johnson and he owned several over the course of many years, but his favorite was his 1931 Model A 4-door sedan. He and the family participated in many “old car” tours driving the antique car many miles.

He is further survived by his brother, William F. Johnson and his wife, LaShon; nieces, Scarlett Boone and Sheryl King; nephew, Scott Johnson.

Dr. Johnson was involved with many aspects of the Free Masonry including Lodge #5 F & AM, Al Sihah Shrine Temple, the Scottish Rite, and the Royal Order of Jesters. He was President of the Georgia Chapter of the Sons of the American Revolution and the local camp of the Sons of Confederate Veterans. Dr. Johnson was a member of First Presbyterian Church, where he served as a deacon and Past President of Canterbury Sunday School Class.