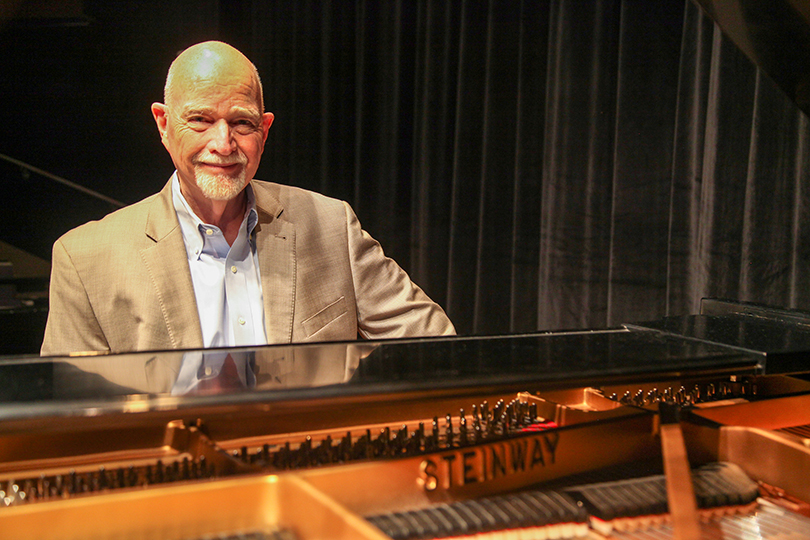 Music can change lives. Dr. Wayne Lord is one example of just how true that statement is. An avid supporter of the arts in Augusta, Lord has been playing piano in the CSRA for most of his life. He began taking piano lessons as a child, and at age 15, he was playing the church organ at Immanuel Baptist Church in North Augusta, SC. He went on to serve as the organist and choirmaster at Grace United Methodist Church in North Augusta for more than 30 years.

But without the support of his parents and music teachers, Lord’s story might be very different. “My father completed eighth grade, my mother completed high school,” said Lord. “Both of them sacrificed and supported me throughout their lives. They knew how important music was to who I am as a person.”

Music wasn’t just a hobby, but a lifelong pursuit. Lord’s professional life has been devoted to music and education. He earned his bachelor’s degree in music, piano performance, at Augusta University, in 1972. (Fun side-note: as a student, Lord performed in front of thousands as one of 16 back-up singers from AU for Barry Manilow). He later earned a master’s degree in music education, an educational specialist degree and a PhD in educational administration and supervision from University of South Carolina. He was the Associate Dean for Faculty Research and Graduate Programs in the AU College of Education, and after a short retirement (March – August 2019), he returned to serve as Interim Associate Dean until they find a suitable replacement.

For as much as Lord has given to the community, it would be remiss to speak of his accomplishments and not mention Vola Jacobs, who along with Lord’s parents, had a tremendous influence in his life. In addition to being a world-renowned pianist for decades and an advisor to the Harry Jacobs Chamber Music Society for more than 20 years, Jacobs’ contributions to music in the CSRA are endless. She taught piano at her home, at the Augusta Academy of Music and at Augusta University, where she was a member of the faculty for 28 years and was a respected and beloved teacher of Lord when he studied there.

“While a student at Augusta College as a piano performance major, Vola Jacobs was a major influence on my development as a musician and a person,” said Lord. “As a teacher, she pushed me and set expectations that seemed to me always a little beyond what I thought I could do at the piano. To this day, I reflect on the piano literature she selected for me and in amazement ponder how she challenged and guided me as a student. She saw in me what I could not see in myself.”

This fiscal year, Lord endowed the Vola Jacobs Piano Recital Concert for Augusta University in honor of his late parents, Ed and Mary Lord. Lord hopes the annual concert will not only be a perpetual remembrance of Vola Jacobs, but that it may inspire other alumni to honor faculty who made a significant impact upon their lives and to create opportunities to enrich and expand possibilities for residents of the CSRA and students at AU.