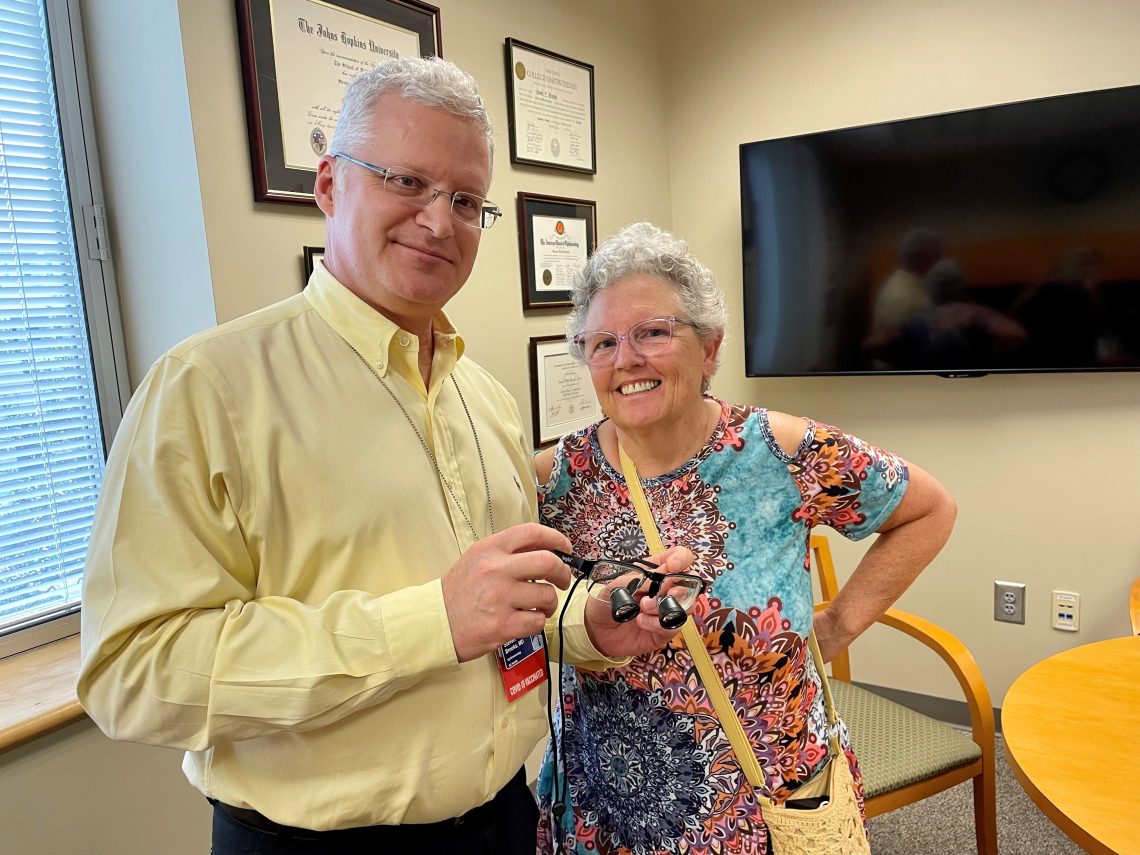 Philanthropy means different things to different people. The process and reasons for giving can be deeply personal and individualized. For Susan Pritchett, it’s about keeping the memory of her late husband alive. Susan recently committed a gift to the Department of Ophthalmology  for the Peter M. Pritchett MD Fund to provide equipment and training for ophthalmology residents. She also pledged an estate gift to create the Peter M. Pritchett MD and Susan F. Pritchett Professorship of Ophthalmology.

“It’s more about education and the continuing legacy of Peter,” explained Susan. “Peter was an educator. He was an ophthalmologist, but he believed that education is something that no one could ever take away from you. I am just coming to grips with his death and trying to keep him alive in my head and my heart and wherever I can have his name live on.”

Susan and Peter met in Augusta when Peter was attending the Medical College of Georgia. The two were together for 35 years until Peter’s death in 2018 from multiple myeloma, a rare blood cancer that causes tumors in the bones. During their marriage, they lived in various parts of the Southeast while Peter finished his internship in Roanoke, Virginia, followed by his ophthalmology residency at Vanderbilt in Nashville, Tennessee. After that, Peter joined the Air Force, and the Pritchetts lived in the Philippines at Clark Air Force base where Peter was the only ophthalmologist in the Pacific Rim.

He frequently traveled to Guam, Japan and Okinawa to check in with local optometrists in those areas. After three years at the Air Force Academy in Colorado Springs, he secured a partnership in Montrose, Colorado. He practiced medicine there until his multiple myeloma diagnosis at age 53 in 2008. Prior to that, the couple had dreamed of living abroad where Peter could serve in rural areas, delivering vital eye care and surgery where there may be no other resources.

Since Peter’s death, Susan is keeping his name alive through various philanthropic efforts. At Augusta University, she has teamed up with Dr. Steven Brooks, the Chair of Ophthalmology at the Medical College of Georgia, to honor Peter through a donation of high-quality surgical loupes for the ophthalmology residents.

“Susan’s gift was given, at least in part, to honor the memory of her late husband, Dr. Peter Pritchett, an ophthalmologist who completed medical school at MCG, class of 1985,” said Brooks. “Peter was known for his generosity and had a keen interest in enhancing the education of ophthalmology residents. After meeting Susan, a retired nurse, I can say without a doubt that she shares that same spirit of generosity.”

Dr. Brooks made a favorable impression on Susan, as well.

“After I met Dr. Brooks, he made me feel like Peter was front and foremost,” Susan said. “Whatever I needed the money to go to that would help me in my quest (to keep Peter’s name alive), he would work on that with me.”

Susan says that charitable giving was always in the couple’s estate plans – but sometimes life sends you down paths that you didn’t necessarily choose.

“As my three and half years have gone along without Peter, I’ve tried to figure out not only what does good for others, but what soothes my soul. My soul is lost. For me, it’s about Peter’s name, his legacy and keeping it in the forefront of someone else’s mind besides my own.”