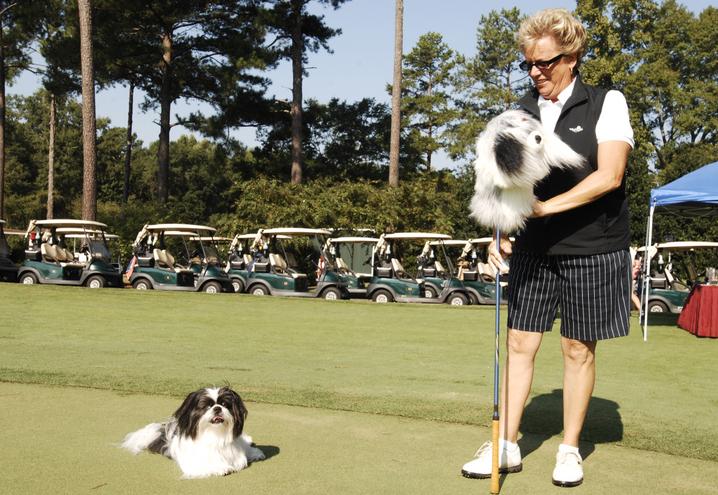 Some people’s legacies live far beyond their lives and leave behind them a genuine spirit of goodwill that will be felt for years to come. Rhonda Graybeal passed away in March 2017, but even in death, she continues to be a loyal friend to Augusta University. Her estate recently made a posthumous gift of $58,724.28 to support the Lloyd and Rhonda Graybeal Scholarship in the College of Nursing.

“She certainly had quite a love for helping others,” explained longtime friend and former College of Nursing educator at Augusta University, Sandy Turner. “She was also very active with and very passionate about helping the Children’s Hospital Of Georgia.”

Graybeal was a devoted supporter and advocate for Augusta University. She served on the following boards: AU Health System Board of Directors, Planning & Development Committee; Augusta University Foundation; Children’s Hospital of Georgia, Children’s Heart Volunteer Council and the Medical College of Georgia Advisory Board. She dedicated a conference room at the College of Nursing in memory of her husband, Lloyd Graybeal, and she established the Rhonda and Lloyd Graybeal Endowment to recognize a graduating senior who best demonstrates the pursuit of excellence in pediatric nursing.

She always had a special love for children even though she had none of her own, Turner recalled. Graybeal accompanied Turner on several trips to Peru along with nursing students who were participating in a Global Health Nursing Clinical study abroad. Graybeal really loved visiting the orphanages, Turner said, but seemed right at home just about everywhere they went.

Additionally, Graybeal established the Rhonda and Lloyd Graybeal Women’s Golf Scholarship Endowment, which supports women’s golf. She always had a great love for golf. She took lessons in the 1980s from Ladies Professional Golf Association charter member, Peggy Kirk Bell, at North Carolina’s Pinehurst golf course. She was also the unofficial “den mother” to the AU women’s golf team, even stepping in to help with fundraising and event planning.

Current Women’s Golf Coach, Caroline Hegg, recounted the first time she met Graybeal in the spring of 2011 when she attended the Augusta Invitational (then the Augusta State Jaguar Intercollegiate) as an assistant coach from another school. “She saw my team board the plane from Atlanta to Augusta,” said Hegg. “She came trotting down the aisle to welcome us and make sure we had courses to play over our spring break week. She knew we were first timers to Augusta and called me multiple times to make sure we were taken care of during our visit. Immediately, it was clear to me that she was a special person and that Augusta was an amazing place to play college golf. Her interest and investment in our program at Augusta University was second to none.”

Not only was Graybeal a generous philanthropist and beloved member of the community, she was a leader in many areas where few women were at the time. Bucking tradition, she dropped out of the University of Georgia, where she had been working toward a teaching degree and moved to Atlanta to take on a marketing job for Georgia Stamp & Seal Corp. Back in those days, women just did not do that. But Graybeal didn’t let that stop her. After leaving Georgia Stamp & Seal Corp., she took a position in another largely male-dominated field, calling on corporate accounts for moving company Global Van Lines. From there, she worked for Philadelphia-based wig company, N. Wagman Corp. where she traveled the Southeast appearing on noontime television talk shows and became something of a small town celebrity. When the wig company started a new division in New York City, she went with it and had an office on Fifth Avenue. Graybeal would go on to start a local clothing store in Augusta, eventually turning it into a regional chain and later selling it to open Hang Ups, a custom framing and art gallery where she retired as president and CEO.

Graybeal was the first female president of Adas Yeshurun Synagogue. She was a founding member of Augusta’s Make-A-Wish Foundation, Women in Philanthropy and the Medical College of Georgia Children’s Heart Program Volunteer Council. There’s practically no end to all the board memberships and professional organizations she served.

When she was diagnosed with lung cancer, she immediately began planning trips and marking things off her bucket list. According to close friend, Betty Meehan, “She lived life to the fullest and with a gusto that is seldom seen. She always looked out for others and, if you were her friend, you were a friend indeed.”

Graybeal is missed by all who knew her, but her life and legacy continue to thrive through her contributions at Augusta University. “I wish she was here to support our team and enjoy our successes,” said Hegg. “We’ll keep doing everything we can to make her proud.”