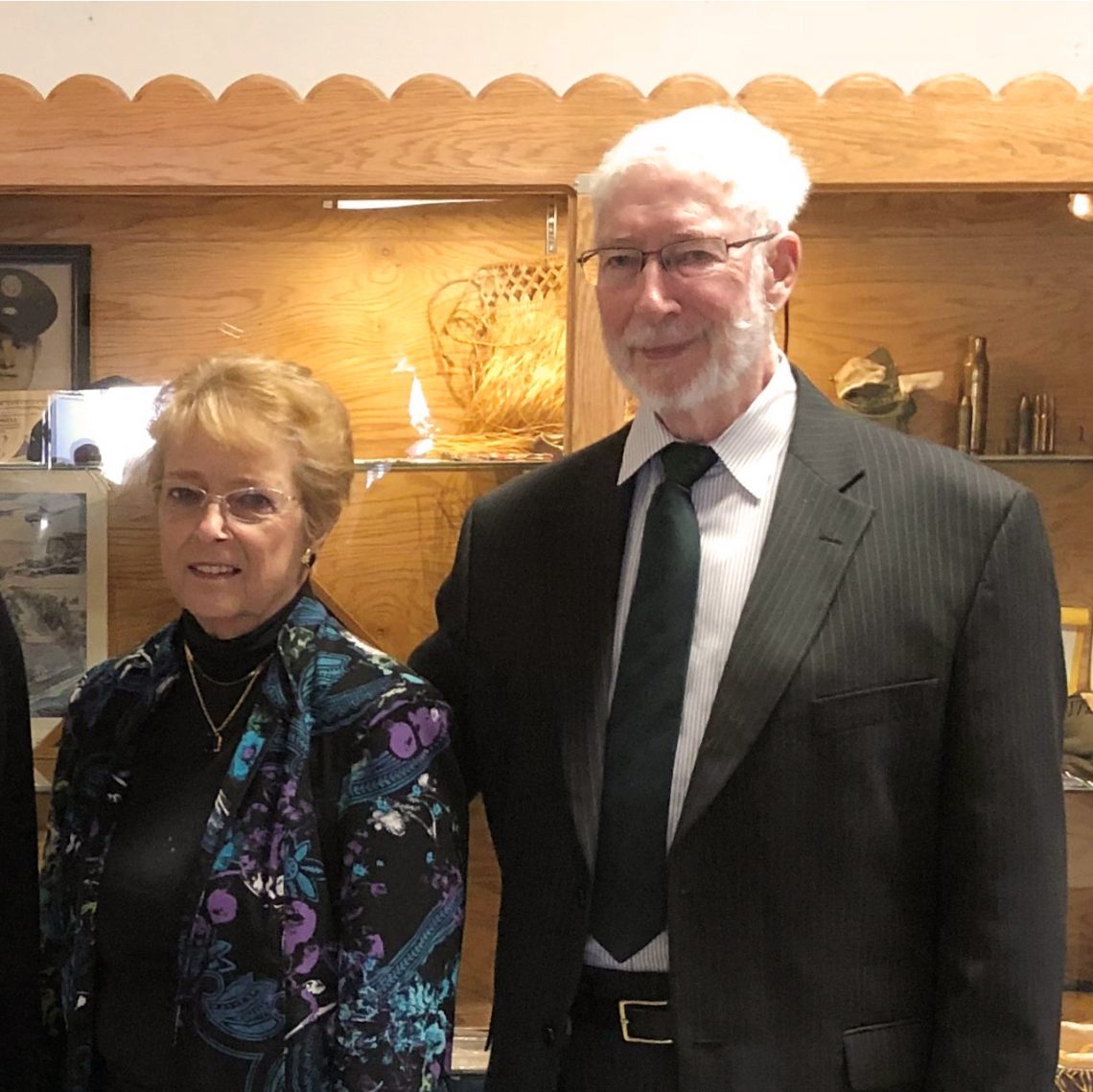 Dr. Marlene Rosenkoetter often noted that her life motto was summed in one word—perseverance. She started taking piano lessons from her aunt in St Louis, Missouri before she was 10 years old. There is one remarkable caveat to the story – while her aunt was in St. Louis, Marlene lived in Forrest, Illinois. Imagine, every other Saturday for many years, this little girl climbed on the train early in the morning, rode to St. Louis, took her piano lesson and rode the train back home. Times were different in the 50s, but it should also be noted that Marlene’s father was a station agent and regional manager for the Wabash Railroad, so both she and her father were well known along the line. Practically everyone knew who she was and she had a few babysitters looking out for her along the route.

Dr. Rosenkoetter met her husband of 52 plus years in St. Louis, Missouri on the closed Psych Unit of St. Mary’s Hospital, John Rosenkoetter said. “Marlene was the charge nurse on second shift, and I was working my way through school as an orderly. And as they say, the rest is history.” It was during these early days of the relationship that John learned of Marlene’s proficiency in playing piano.

“Early in our relationship, while still in St. Louis, Marlene did not have access to a piano, while I, not being conversant with the instrument, had access to several at school,” explained John. “In the evening we would sneak into a classroom and I could enjoy a couple of hours of her ‘practicing.’ I had cut my teeth on classical music as that was my father’s favorite, and was amazed when Chopin’s Marche Militaire was banged out of this ancient upright (piano), a piece I had only heard on records before.”

Eventually, John and Marlene married and followed their careers to the southeast – first to North Carolina and later to Georgia, where they retired to Brunswick. Along the way, they discovered a mutual love for bike riding, travel and food. Marlene loved to cook and was particularly skilled at Italian and French dishes. She had a knack for experimenting and making up recipes on the fly John said. “During one stint of her culinary accomplishments, we literally did not have the same dish for dinner for two straight years,” he recalled. “She ‘invented’ something new every night.” While John says she toyed with the idea of writing a cookbook, she often commented that she cooked by taste and smell, and couldn’t translate that into a recipe.

Dr. Rosenkoetter had a long career which included administrative positions both in practice and education, serving as the evening supervisor for St. John’s Mercy Hospital in St. Louis; Founding Dean of the School of Nursing at the University of North Carolina-Wilmington; and Dean of the College of Nursing at Augusta University. She completed more than 50 consultations to hospitals and schools of nursing worldwide, visiting 30 countries in the process. In 1990, she was inducted as a Fellow into the American Academy of Nursing. Marlene was most proud of that accomplishment, as well as her extensive contributions to nursing via publishing and presentations. However, John offered the following insight, “Marlene’s proudest moments always occurred when a former student would contact her, thank her for the impact she had on their careers and give her some credit for their success, because of the values she instilled in them. Mentoring, not just sharing knowledge, but inculcating values and purpose in her students, was for her the highest purpose.”

The Rosenkoetters combined this drive to inspire and mentor nursing students with a desire to give back by establishing the Marlene M. Rosenkoetter Endowed Research Award and the Research Professorship Endowment. “As we were retiring and realizing how richly we had been rewarded over the years, we had a sense of wanting to return a portion of those blessings to others,” said John, adding “That through these endeavors, the passion for excellence that Marlene demonstrated in mentoring, research, teaching, and practice will be conveyed and imparted to generations of nurses yet to come, so that they can continue to promote improved health care at all levels through their efforts.”