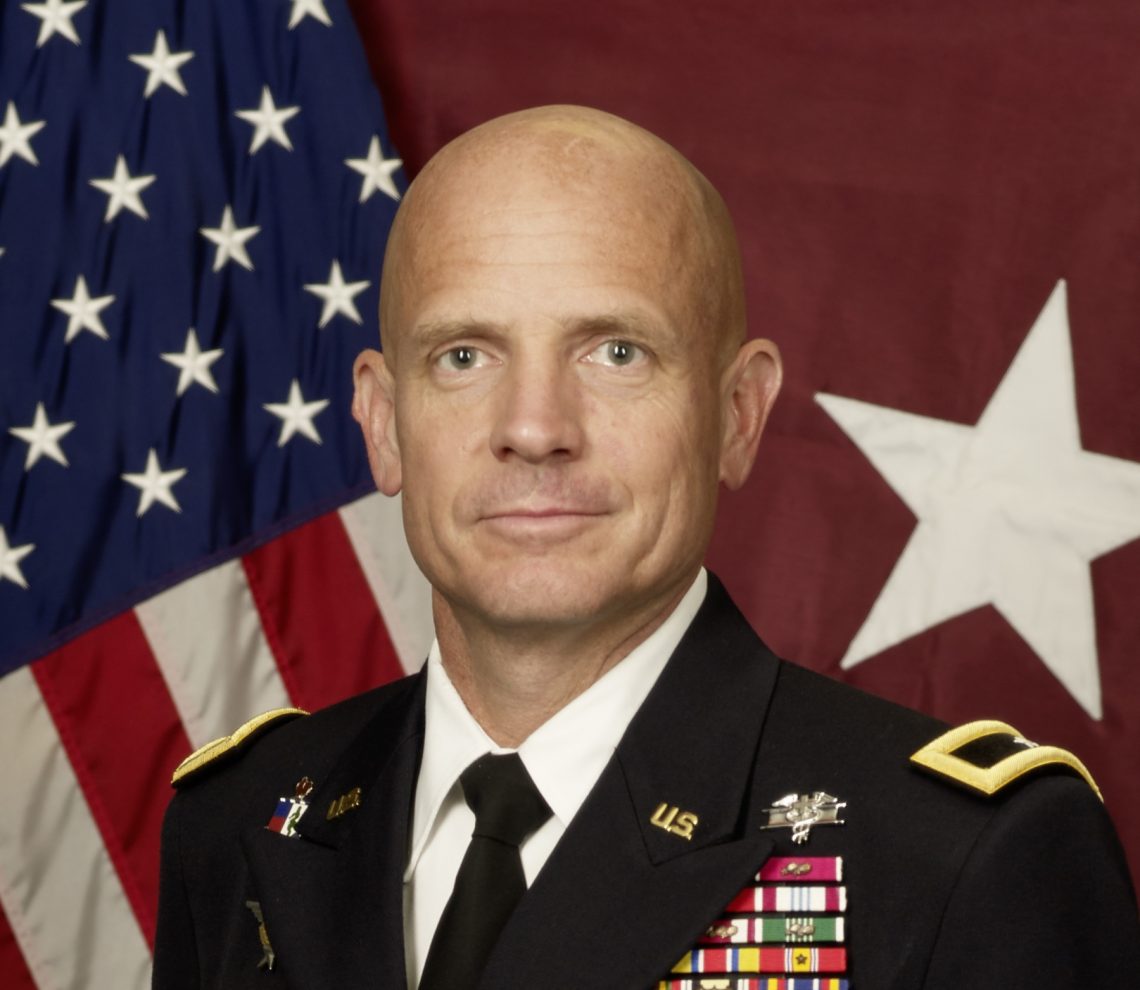 With their hearts and minds on saving lives, medical officers like Brigadier General Ronald T. Stephens are always on the clock, never taking a sick day from saving a life. Stephens, Deputy Chief of Staff for Support, G-1/4/6 for the U.S. Army Medical Command, is someone who knows, from experience, the difference between doing something and doing nothing come hell or high water.

On August 10, 2016, Gen. Stephens, along with 46 other general officers, rear admirals and senior executive service civilians, participated in the National Defense University’s Capstone course at Fort McNair in Washington, D.C. By all accounts, the course had been going according to plan–until the unexpected reared its head back and laughed.

“We were on the 14th Street Bridge going across the Potomac River, returning to Fort McNair from the Pentagon,” recalled Stephens. “We had probably been on the bus for five or six minutes [when] all of a sudden, there was a little flurry of activity up front and someone said, ‘Hey doc, we need you up here for a medical emergency.’”

Stephens made his way to the front of the bus to witness retired General Mike Carns, former vice chief of staff for the Air Force, slumped over in his seat, unresponsive.

“He was not breathing with any regularity, and we could not find a pulse,” Stephens said.

Stephens, a board-certified Physical Medicine and Rehabilitation physician and graduate of the Medical College of Georgia, began administering CPR uncertain whether Carns would pull through.

“When you’re doing CPR on a real person, it’s different–it’s not the same as the training.”

Emergency medical services were on the way as Stephens and his men hooked Carns up to an AED, continuing to pump chest compressions until the paramedics were able to take over. Miraculously, Carns’ heart started beating again, where he was then transported to a local hospital to undergo triple bypass surgery. Since, Carns has fully recovered and can only offer (literally) heartfelt gratitude for Stephens’ heroic actions.

“There’s no more selfless profession than being a medic or doctor in the military,” Carns said. “I would say to General Stephens, thank God you were there, because you truly saved my life.”

For his heroism, Stephens would receive the National Defense University’s Certificate of Appreciation in September of that year–yet another decoration to put up along with the Legion of Merit, the Bronze Star Medal, the Defense Meritorious Service Medal, the Army Commendation Medal, and others. He has earned the Expert Field Medical Badge, the Parachutist Badge, the Air Assault Badge and the Airborne wings of the French and German Armies.

As if that was not enough, General Stephens is credited with helping to ‘right the ship’ at Womack after Army medical leaders removed a previous commander citing a “loss of trust and confidence.” He is surely ‘Invictus’: a master of certain fate, a captain of soul. He is a proud father of four daughters and three sons–one of whom is Coast Guard Lt. j.g. Todd Stephens–and still calls Monroe, Georgia his true home.

Brigadier General Stephens will be addressing the Potomac Officer’s Club as a panelist at the Operational Medicine through the lens of Defense Health Modernization forum to be held Nov. 7 at the 2941 Restaurant in Falls Church, VA.