Dr. Hester was graduated from the Medical College of Georgia in 1970. He moved his family to Macon, GA, to work at the Medical Center of Central Georgia to complete his four-year internship and residency in Obstetrics and Gynecology. Upon completion of his medical training, Dr. Hester served in the United States Air Force with the rank of Major at Langley Air Force Base, Langley, Virginia. Following his honorable discharge, Dr. Hester began the private practice of Obstetrics and Gynecology in Tifton, GA. While there he served as Chief of Staff of Tift General Hospital and was appointed to the State of Georgia Maternal and Infant Care Committee for several years.

Jennifer Hilliard Scott is Senior Communications Coordinator at the Medical College of Georgia at Augusta University. Contact her to schedule an interview on this topic or with one of our experts at 706-721-8604 or jscott1@augusta.edu. 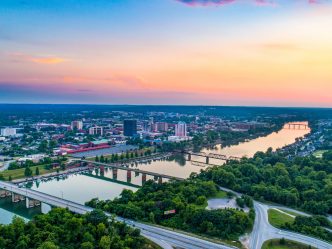